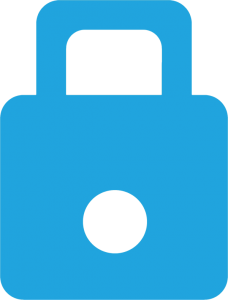 A few years ago, I wrote about security, privacy, and resetting the net. We’re still in very interesting times as far as that subject goes, and if you haven’t taken steps to protect your privacy, now might be a good time to reconsider that.

One of the easiest changes you can make is to use DuckDuckGo instead of a major search engine. DuckDuckGo doesn’t store your personal information and doesn’t track you, so using it instead of a major search engine is a great way to start cutting down on your digital footprint. Also, if you’re making the switch to DuckDuckGo, but still using Chrome (which is made by Google), now might be a great time to try Firefox instead.

While we’re talking about search engine tracking, you might as well put a stop to all of the other trackers too. If you’re already using Firefox, you can switch on already built-in tracking protection. Try uBlock Origin for most other browsers, or for more control in Firefox, and try Firefox Focus for iOS devices.

Additionally, you’ll probably want a VPN to keep you safe, at least when you’re on public Wi-Fi. This is where things get a bit tricky. You’ll want to choose a VPN that’s not based in The Fourteen Eyes, like these. You’ll also want to make sure that your chosen VPN supports both your desktop and mobile devices. For added security in extreme situations, keep a copy of Tor Browser around (use Onion Browser for iOS devices and Orfox for Android devices).

These are just some basic steps to protect your privacy online. They’ll provide some layer of protection, but if you want to lock things down even further, visit Privacy Guides and PRISM Break.

If you want to do even more, please consider supporting an organization that will fight for your privacy, like the Electron Frontier Foundation, the Mozilla Foundation, and the American Civil Liberties Union.