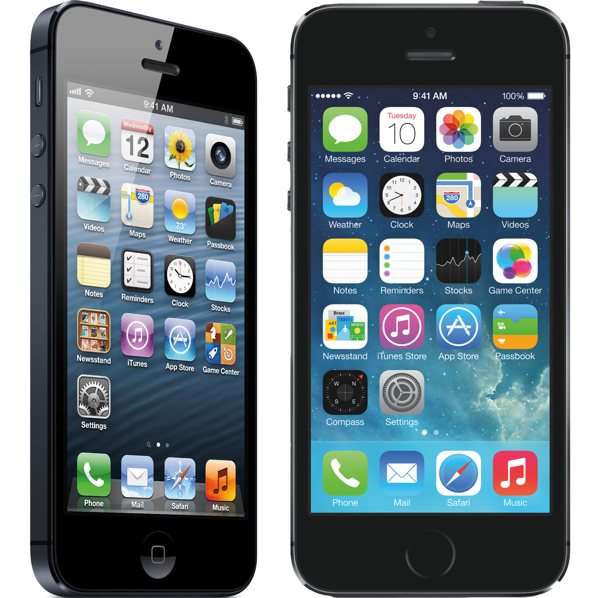 The day iOS 7 was released, there was a great disturbance in the Force, as if millions of iPhone users suddenly called out in terror and were actually not silenced at all. The change in the design direction of iOS came as a bit of a shock in iOS 7. It surprised me too, but it grew on me after a few days.

The shock brought out some colorful comments from folks, my favorites being the ones who claim that iOS 7 is so different, they’re moving to Android. Something in their minds struck on first impression, telling them that a simple change in design direction (not functionality) was so far different from the iOS they had loved that it would be easier to switch to an entirely different phone with an entirely differently operating system, like being so upset with this year’s model of your favorite car that you switch to a bicycle.

If the professional industry operated on first impressions like so many of these outspoken critics want them to, you would have no clue what a graphical user interface was, and you would instantly mock the concept of any device used to interact with a computer beyond a keyboard, like a mouse. Both of these ideas where on the chopping block at Xerox in 1979 before they were practically given to Steve Jobs. First impressions stifle design and development, whereas time nurtures them.

Apple spent almost a year on iOS 7, sketching concepts, finalizing designs, and constantly adjusting the finest of details, even after it was unveiled last June at WWDC 2013. At some point in that year, Apple employees began using iOS 7 in the real world on their devices, and soon after, thousands of beta testers were able to join the fun. iOS 7 wasn’t built in a day. It took time, patience, and an awful lot of revisions.

Extend to iOS 7 that same courtesy of time. You don’t need to give it a year, just a few days. Soon, iOS 7 will seem perfectly normal, and iOS 6 will seem worn and outdated.