Yesterday, I was excited to hear that Apple finally released version 2.0.1 of the iPhone firmware, which is a major bug fixing release.  Unfortunately, it looks like the update left me a little present that I’m not too fond of.

As you can see below, my 8GB iPhone 3G now has a stuck pixel in the upper-left.  At first, I figured that this was an average stuck pixel that coincidentally appeared immediately after applying the 2.0.1 update.  However, after further examination, I don’t think that this is a normal stuck pixel. 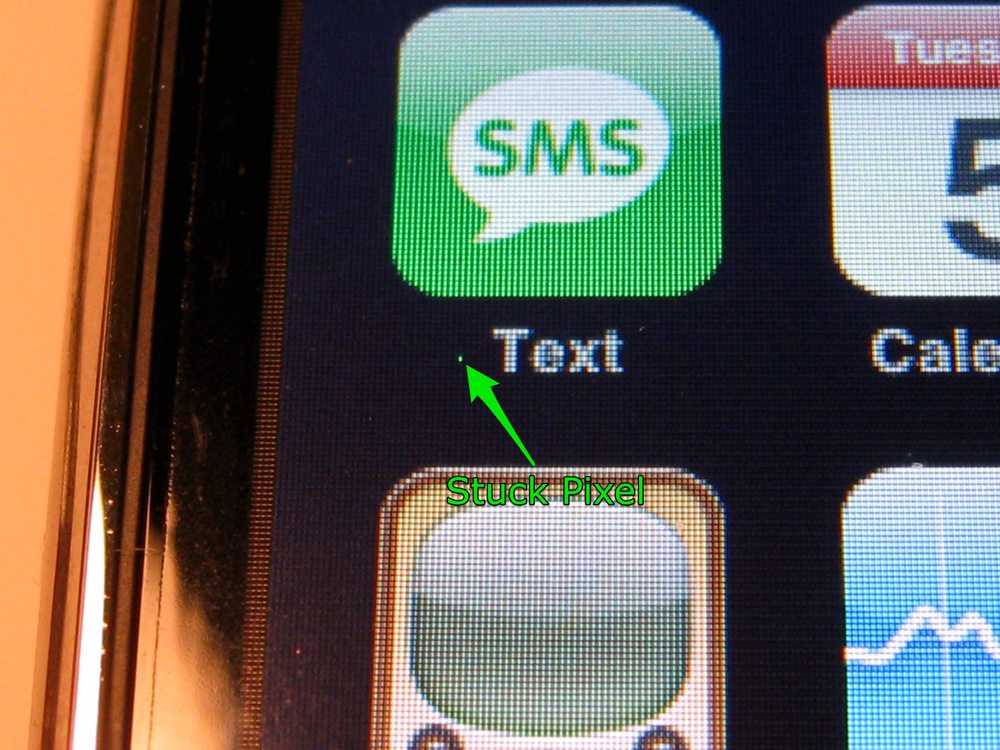 A few hours later, my mother updated her 8GB 1st gen iPhone, and as you can see below, she now has a vertical line of stuck pixels in the same region as mine.  Since her stuck pixels also appeared immediately after applying the 2.0.1 update, I’m beginning to think that my stuck pixel may not be an isolated issue.

I have tried to restore both iPhones, adjust the brightness, apply light pressure to the stuck pixels, and run the Knox Pixel Fix for iPhone.  Neither method worked.  To further complicate the issue, the stuck pixels appear to flicker when viewed through the LCD screen of my digital camera.

Stuck pixels are (as the name implies) stuck, they do not flicker.  This, added to the fact that the issue occurred immediately after applying the 2.0.1 update, leads me to believe that this may actually be a software issue, possibly involving a conflict between the display drivers in the update and the display hardware shipped with certain iPhones.

Unfortunately, we’ll probably have to return both iPhones to Apple for replacement, but I’d just like to point out that it’s a very odd coincidence that both iPhones began displaying stuck pixels immediately after applying the 2.0.1 update.

Update: We have “resolved” the issue by returning both iPhones to our local Apple Store for replacement.