We have a blogging club at work, and each week we share what we’ve posted. I mentioned this week that I haven’t posted anything new because all I can think about is the election and I don’t want to get too political on here (you can follow me on Twitter for that), but here we are, with a crucial election less than a month away.

This year, voting is not only your civic duty, it’s a moral obligation. I could rant forever about how this country’s political system is dominated by only two political parties, but for now that means you’ve got two clear-cut choices for President. You can choose President Donald Trump, a man who has used the office to enrich himself and openly supports racist, sexist, homophobic, and transphobic policies (and may very well be racist, sexist, homophobic, and transphobic himself), or you can choose someone who isn’t, Vice President Joe Biden.

Are there other issues? Yes, of course, and you should take your time to actually research them, Ballotpedia is good for that. Don’t just cast your vote because you like the political party they claim to belong to. Remember that you’re voting for a man (hopefully someday a woman), not a party, and that man will represent our country globally and drive policy and decision making for the next four years.

There’s a lot at stake riding on this election, so make sure you’re registered to vote, know your rights, volunteer as a poll worker if you can, and vote! 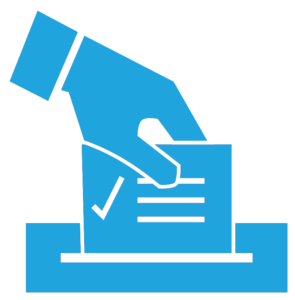 There is a trend lately on social media and even some news outlets to blame the the Green Party for the loss of the Democrats in 2000, essentially handing the White House to the Republicans. In a time when the current top two nominees, Hillary Clinton and Donald Trump, have secured historically low approval ratings, it’s easy to preemptively assign impending failure to someone else, like current presumptive Green nominee Jill Stein or current Libertarian nominee Gary Johnson, but the notion itself is irresponsible and undemocratic.

Did people vote in 2000 for the Green Party nominee, Ralph Nader? Obviously. Could the Democratic nominee, Al Gore, have won if those votes went to him? Some experts say yes. But as far as blame is concerned, the 2.74% of voters who voted for Nader pale in comparison to 11% of Democrats who actually voted for the Republican nominee, George W. Bush.

Blaming a group of voters for placing their votes for the nominee who represented their interests and values is about as undemocratic as you can get. Presidents of The United States are elected by a democratic process. Each nominee has earned the votes they receive. If you plan to blame Green voters for not abandoning their nominee to back the Democratic nominee, you might as well also blame the Republican voters for backing their nominee.

An important election is coming up in November, and you should vote for the nominee who matches your interests and values, vote your conscience, cast your vote for who you know will take the country in the direction it needs to go. We live in an information age where you can search for almost any information on any nominee, and sites like iSideWith make it almost fun to see how you relate to them. This November, place an educated vote for the nominee who represents you.

Since some might ask, I definitely won’t be voting for Trump this November, he is further from my interests and values than any nominee in my lifetime has ever been. I haven’t made up my mind about the other three though, I still have 104 days to learn as much as I can about each of them.

As of 2014, 42% of Americans claim to identify as something other than Democrat or Republican, yet the Untied States is still largely ruled by these two political parties since they still represent the vast majority of registered voters. Why do so many identify with political parties other than the big two, yet still remain registered with the big two? I don’t know, I’m not a political scientist, but common sense makes me want to see the 42% who identify as something else actually register as something else.

This Independence Day, take some time to consider if the ideals of your political party still match your own, and re-register if necessary. Stand with who you are supposed to, not who you were told to.

Don’t neglect the smaller political parties either. It is becoming clear that the United States needs a strong third party if any significant legislative progress is to be made these days. Without a third competing force, we’re left with two organizations who spend most days blocking each other’s progress since they are practically the antithesis of each other.

If you are either unsure or strongly unwavering in devotion to your current political party, take this quiz. You should know that I never advocate making decisions based solely on quizzes, but this one will give you a great start to your own research.

I am neither Democrat nor Republican, for both suggest that I may be stagnant on certain issues with an unwillingness to learn. Nor am I Moderate, Centrist, or any other political affiliation, for all suggest the same limitations.

I will never stop learning, and when my decision is required, I reach that decision logically after considering all available facts. I am a human being as fallible as any other, full of hope for what mankind can create and fear for what it can destroy, and I do not stand with, nor do I identify with, any particular political party.