I work from home, so keeping an entertaining desk is pretty much a must. Over the past few years, I’ve been collecting figures and toys that have some sort of meaning to me in order to build what I call a Desk Army. If you’ve been following me on Instagram, you’ve already seen these, but since I’m starting to slow down a bit, I figured it was a good time to post about it here.

Soldiers in the Desk Army have been recruited, retired, replaced, and wounded over the years, but the current version embedded below is as follows from top-left to bottom-right: an X-wing from Star Wars, Astolfo (Rider of Black) from Fate/Apocrypha, Artoria Pendragon (Saber) from Fate/Zero, Yuuki Asuna from Sword Art Online: Ordinal Scale, Mikasa Ackerman from Attack on Titan, a TIE/sf from Star Wars, Mega Man X from Mega Man X, Ruby Rose from RWBY, the tenth Doctor from Doctor Who, Optimus Prime from Transformers G1, Jack Harkness from Torchwood, Oliver Queen from Arrow, the Green Ranger from Mighty Morphin Power Rangers, Ahsoka Tano from Star Wars: The Clone Wars, Sabine Wren from Star Wars Rebels, Wolf Link from The Legend of Zelda: Twilight Princess, Boba Fett from Star Wars, the Green Lion from Voltron: Legendary Defender, and Donald Duck from Disney. 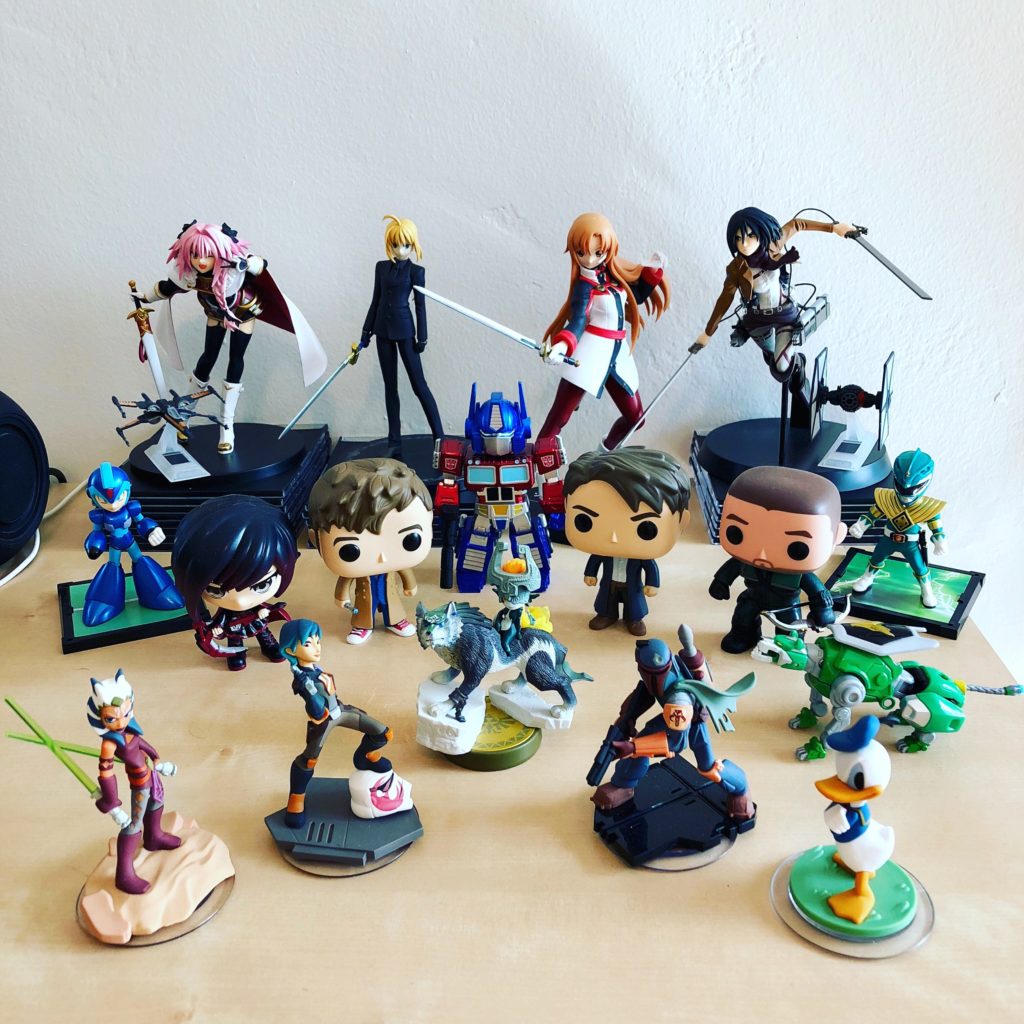