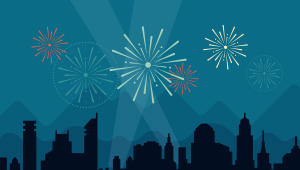 According to this report from the good folks at Jetpack, 2015 was another big year for MacManX.com. Along with some interesting stats, the report sums it up best:

The concert hall at the Sydney Opera House holds 2,700 people. This blog was viewed about 16,000 times in 2015. If it were a concert at Sydney Opera House, it would take about 6 sold-out performances for that many people to see it.