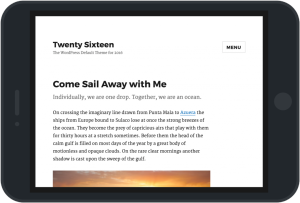 466 volunteers contributed to this release, lead by Scott Taylor. That’s a new record for WordPress, almost doubling the last release! At the time of writing this, WordPress 4.4 has been out for only 30 minutes, and has already been downloaded 58,192 times!

If you run into any problems, stop by the known issues first, and please let us know if it’s not covered there!