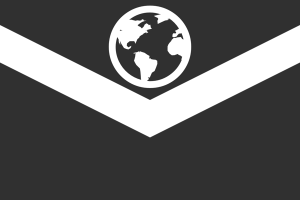 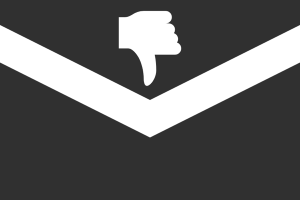 Many years ago, when the internet only made this sound, I opened my first email account at Excite (and yes, it still works). Back then, I thought that email was both the most efficient and the most polite way to contact someone. Unlike sending a letter, you had the possibility of an immediate response. Unlike calling someone, you knew that they would only log in to it when they were ready to. Email was never an interruption.

That last bit has been lost to us. Email is now an interruption to our daily lives, even more so than phone calls, because it’s just so much more popular. We get email notifications on our computers, our phones, our watches, and even in front of our faces. No matter what you’re doing, something is going to let you know that someone wants you to read an email right now. I have spent the last several years under the oppressive rule of email notifications, but no longer.

Starting this week, I have de-prioritized email. Since I only check my physical mailbox for mail once a day, I’m only going to check my email twice a day. Emailed notifications are switched off everywhere, work communication is primarily via Slack, and anyone else who needs me immediately can call or send a text (preferably via Signal).

How am I going to avoid the addictive lure of my email applications? I got rid of them and have switched to webmail only (more on that later). In short, my email is now harder to get to, so it’s no longer a distraction. How will this turn out? So far, I feel more free than I ever have. There are less things clamoring for my attention throughout the day, and I only read my email when I’m ready to, which means I just have more time to do more important things throughout the day. Beyond that, only time will tell.

There has been an acquisition. Have you felt it? Automattic has acquired WooThemes, a leading developer of WordPress eCommerce solutions. The acquisition was announced just a few minutes ago, and I’m very excited that we’ll have a hand in continuing to grow this powerhouse of eCommerce tools alongside 55 new colleagues.

If you’re already a user of WooThemes products, don’t worry, it’s going to be business as usual. We’re joining forces to continue building this great eCommerce solution so we can grow WordPress to power more than just 23% of the web.

We’re moving onwards and upwards, and if you want to be a part of that journey too, we’re always hiring.

If you’re a Star Wars fan like me, or even just coming to know Star Wars, you’re probably planning to watch the films now that they’re all available digitally. After being inspired by The Machete Order, we decided to try our own take on the reorganized saga: I, IV, V, II, III, and VI. Except for my usual annoyance with Episode II, the new order was a much better experience than watching all six straight through, and here are some thoughts on why.

First, let’s get one thing out of the way, Star Wars is the story of Anakin Skywalker, not Luke Skywalker. Luke is in only three films, Anakin is in all six, it’s that simple. Now, what does that have to do with the new order? Everything. (spoilers below)

When watched in sequence from I to VI, the conclusion of Episode III completely robs the cliffhanger reveal in Episode V of all its meaning and shock value. “No, I am your father!” Vader, I know, we confirmed that two whole films ago. “No, that’s not true, that’s impossible!” Oh, it’s true, I saw it with my own eyes. “Search your feelings,” no need for that, I just re-watched the 1:16:40 mark of Episode III, it’s indeed true. This is what bothers me the most about the prequels, even more than Jar Jar Binks. “I am your father,” was one of the most profound reveals in cinema, but when watched with the prequels first, it’s not shocking at all, it’s expected.

When watched in my new preferred order (I, IV, V, II, III, VI), the “I am your father” reveal is still first and still shocking. We begin with Episode I to learn about the naive young Anakin Skywalker, who is swept up into something he can never hope to understand (Your complaints about this episode aside, you can’t have a meaningful story about Anakin Skywalker’s fall and redemption without the chapter on this naive young boy). We flash forward 32 years for Episode IV to see that things aren’t so well for the galaxy, and that we have a new hero in Luke Skywalker, who is apparently Anakin’s son. We continue the story in Episode V where we learn that Darth Vader is indeed Anakin, and we’re just as devastated as Luke. We flash back 25 years for Episodes II and III where we learn exactly how that naive young boy fell so far and became the terrifying Darth Vader. Finally, we return to the “present” timeline in Episode VI, to finish the saga and witness Anakin’s redemption.

The order restores the impact of the “I am your father” reveal, forms a much more solid narrative around Anakin Skywalker by introducing both distinct phases of his life in the first two films, and also takes advantage of the larger than usual time spans between Episodes I and II and Episodes V and VI to support the flash forward/back structure.

Above all, Star Wars is a great saga that you deserve to enjoy however you want to. I personally prefer this new order, but you don’t have to take my word for it.

Edit: Here’s a revised order including the new films: I, Rogue One, IV, V, II, III, VI, VII, VIII, and IX. Solo doesn’t really have a perfect spot, I recommend watching it any time after IV.

After all these years, I’m finally aware of what bothers me so much about Star Wars: Attack of the Clones. It’s the pacing. To put it simply, a completely different film slaps you across the face about half-way through, even more so than any of the Lord of the Rings or Hobbit films.

Attack of the Clones follows two sets of characters on their own plots until they somehow get together for the very end. In the beginning, Anakin and Padmé are on a journey to find love from Coruscant to Naboo, while Obi-Wan is tracking a bounty hunter and slowly unraveling a conspiracy from Coruscant to Kamino (and confronting villain #1). Suddenly, an hour in at almost the same moment, Anakin and Padmé are on a quest to find Anakin’s mother on Tatooine while Obi-wan is on a quest to get to the bottom of a droid army on Geonosis (and confronting villain #2).

Do you see what happened there? We’re still following the same characters, but both their purposes and their settings pivoted simultaneously. It just robs the whole film of its flow. A wonderful reason for maintaining two parallel plots is that you can keep one flowing to bridge the gap while the other pivots. You should never pivot both plots at the same time. Yes, in a film where the chemistry between Hayden Christensen and Natalie Portman sparkles like the murky swamps of Dagobah, this is what bothers me the most, the fact that the film comes to a screeching halt and pivots in the span of one transition.

Every time I watch this film, I stop about an hour in and continue the next day. I could certainly watch another hour, but I can never seem to find the energy to invest in a set of new plots without some sort of break. Future filmmakers take note, Attack of the Clones would have been one of the better prequels if it had just maintained its flow. Always stagger the pivoting of your parallel plots to hold the audience’s attention.

Buy Some Coffee for James