The Revisionaries of Wikipedia 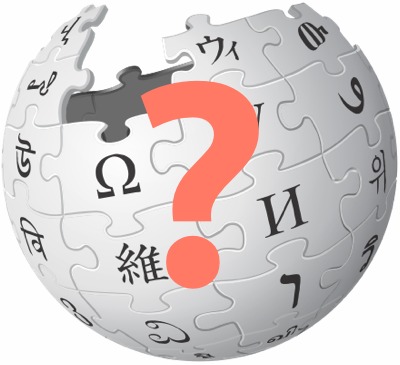 Wikipedia has been with us for fourteen years, and I’m willing to bet that everyone has made use of it at least once. Perhaps some of you have even contributed content or editorial help to Wikipedia. It is, after all, the encyclopedia editable by everyone, right?

Over the past eleven years, a group of core editors has been working behind the scenes, choosing which edits live or die while handing out lifetime bans for edits they consider to be not factual (regardless of evidence). Recently, they choose to ban editors defending articles from vandalism, rather than ban the vandals themselves. Is this a reaction to the impossibility of policing an encyclopedia which is editable by the entire world? Of course, but then why advertise it as such?

The whole situation reminds me of The Revisionaries, a documentary detailing how a small group with clear biases has commanding control over exactly what and how history is portrayed in our textbooks. If you have not seen it yet, I recommend it, as it may also speak towards a grim future for Wikipedia, given recent events.

An encyclopedia editable by the entire world needs to be policed somehow, but when deciding the knowledge which is passed down, how do we trust the right choices are being made? After all, they even discard corrections from scholars accompanied by published evidence. Does this mean that established yet incorrect “facts” may never be corrected in the eyes of Wikipedia? Perhaps the problem is that too many people think of facts as a matter of opinion, not as a result of evidence.

Where do we go from here? I believe The Internet Archive is the answer. The Internet Archive does not strive to make history editable by the masses, nor does it make rulings on fact vs. fiction. The Internet Archive simply exists to preserve as much history as it can for as long as it can. If you see a book written by one man preserved in The Internet Archive, you can trust that it is the opinion of that one man. If the evidence in that book holds up, you known that opinion is indeed a fact. How much of a Wikipedia article is fact? We may never know. Everyone has their hands in Wikipedia, with one possibly biased group holding the power of final judgement.

I guess I see it as a choice between what’s more important for the future of history itself. Should it be the ability to preserve history forever, or the ability to edit history whenever we want to?

4 responses to “The Revisionaries of Wikipedia”