As you may have noticed, I’m a fan of the Mega Man X series of games. I love the gameplay, the overall concept, the level design, the story, the art, and they just seemed to arrive at the right point in my childhood.

Mega Man had his 25th anniversary last year, which Capcom rightfully made a big deal of, considering it’s one of their most profitable properties. What we got was rather underwhelming. Yes, we got Street Fighter X Mega Man, and the poor bot doesn’t even get top billing. Sure, it’s a clever game, but all Capcom’s hype left us with was a crossover game. No Mega Man X games in almost 8 years and no original series Mega Man games in almost 3 years, but hey, we’ve got a crossover with Street Fighter.

Fortunately, the entire Mega Man Franchise represents one of Capcom’s largest fan bases, second only to Street Fighter of course. Many fans stepped up to essentially fill in the cracks left by Capcom’s rather poor showing for the Blue Bomber’s 25th anniversary, my favorite being the following fanimation from Shane Newville, one of the animators behind Red vs. Blue. I can only hope there will be more of these in the future. 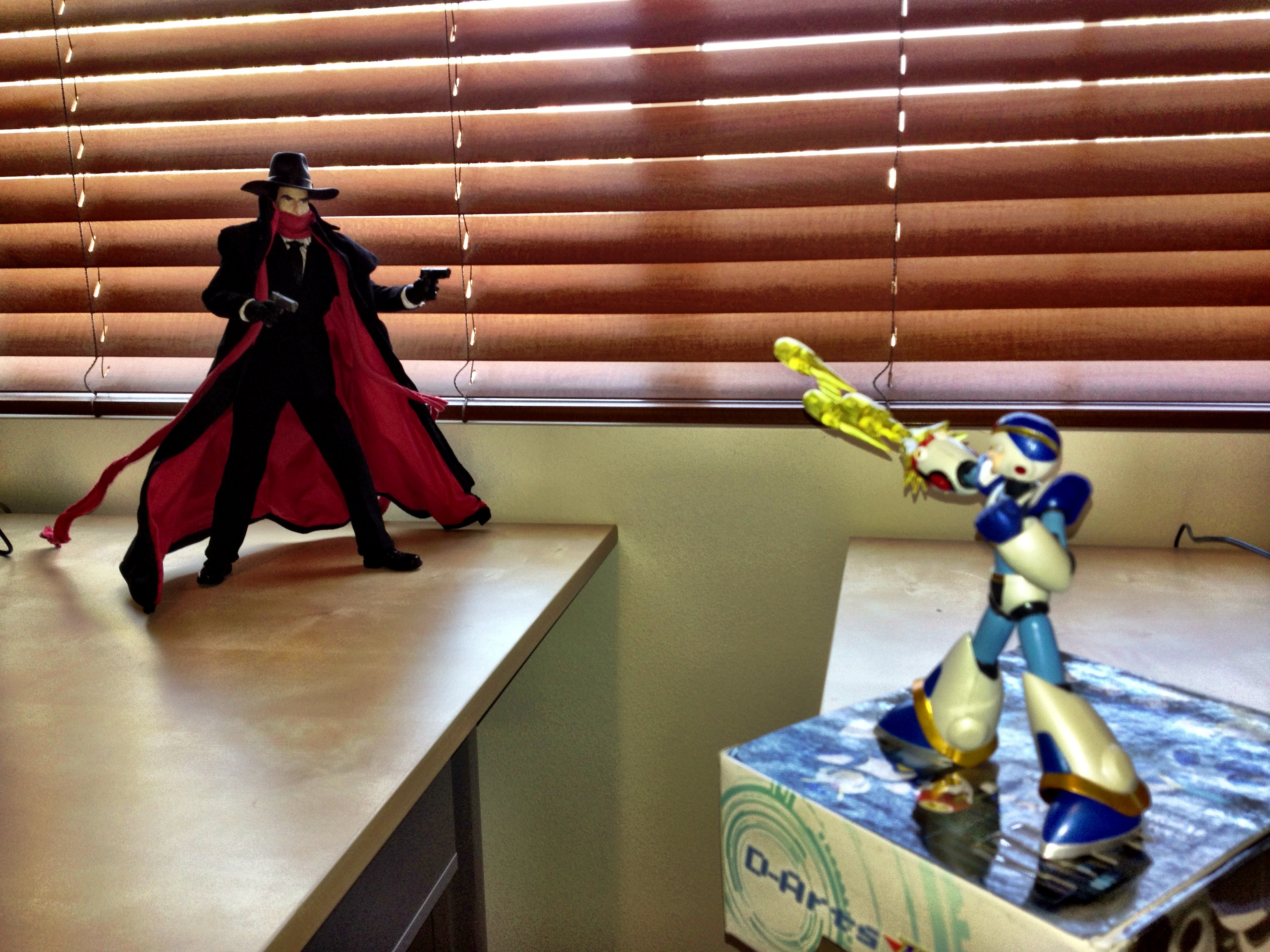 I doubt we’ll ever see such a crossover in real life, so here’s The Shadow confronting Mega Man X over all the Mavericks that he had slain, perhaps only to steal their weapons. It doesn’t look like X took too kindly to the accusation.

Warning, this crossover is not to scale. 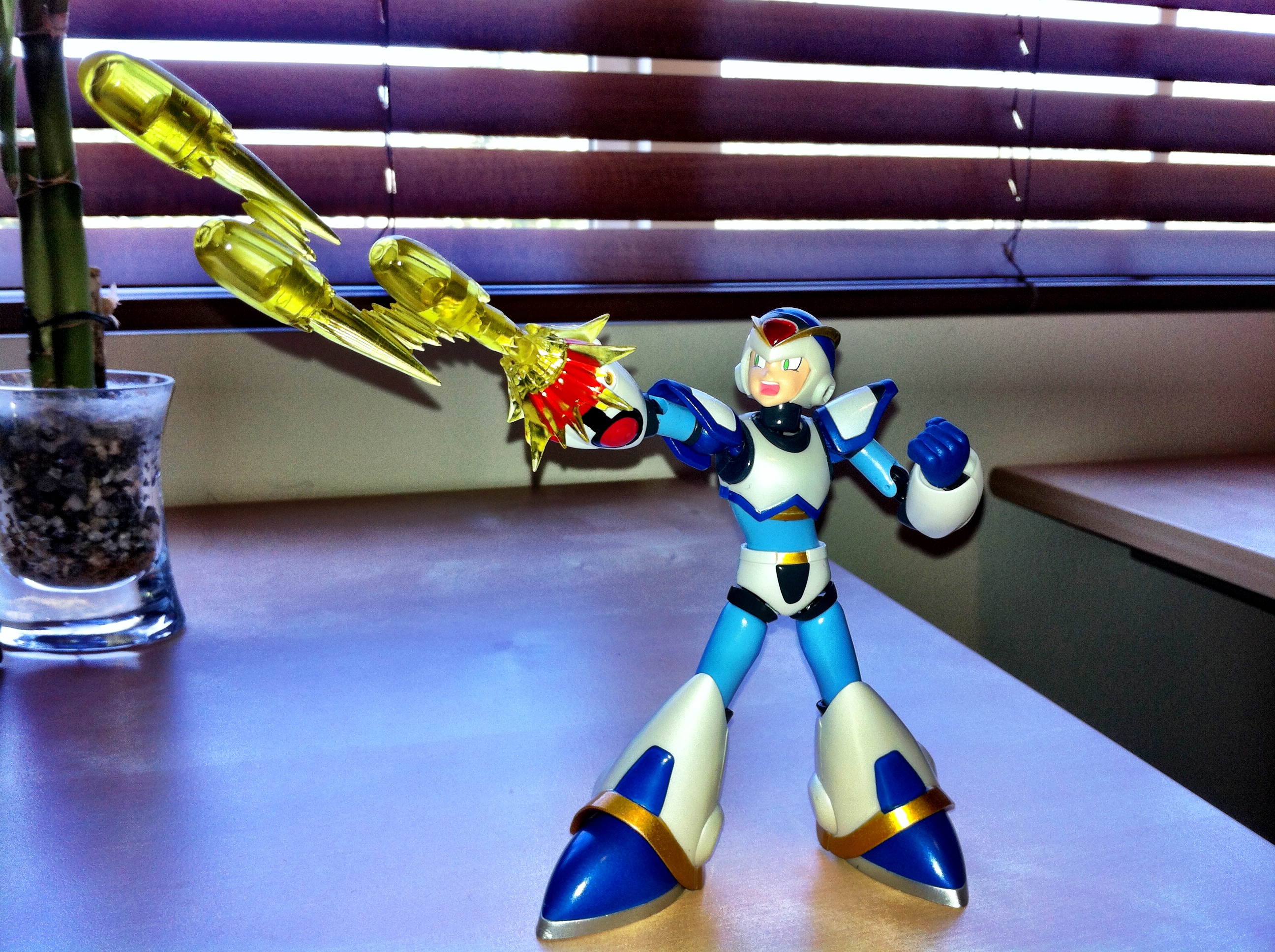 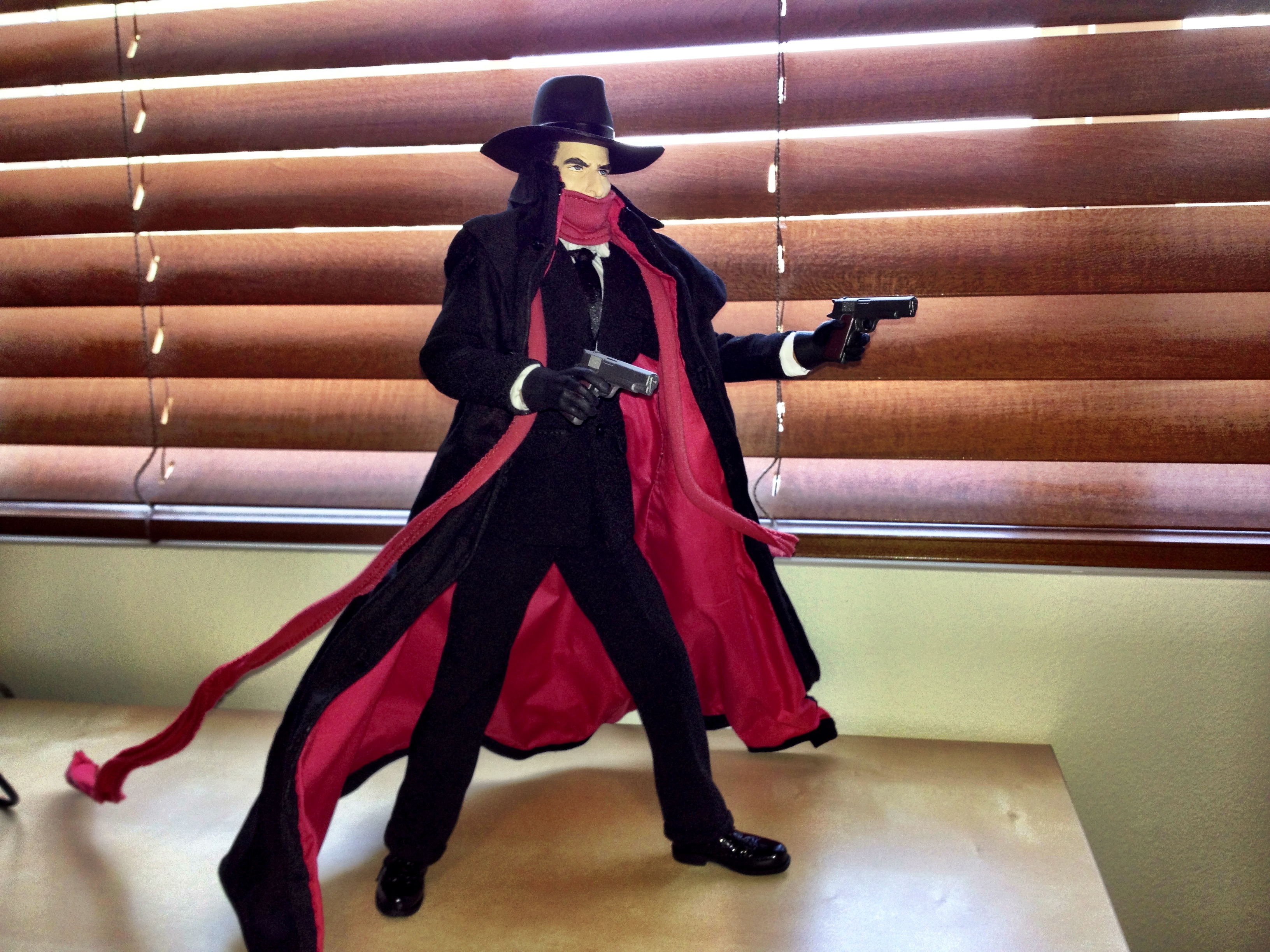 The Shadow, this year’s desk addition, knows what evil lurks in the hearts of spammers.

The second trailer for RWBY is out, this time focussing on the character White.

I really hope that the rumors of this being an anime-style treatment of popular fairy tales winds up being true, because that would just be cool. Do I need any other reason?

The previous trailer, Red, featured a character who seems to be at least inspired by Red Riding Hood fighting a bunch of wolf-like creatures. While White is not as convincing of a match for Snow White, the fixation on mirrors in the lyrics is worth noting.

Fairy tale connection or not, this is shaping up to be another awesome web series from Rooster Teeth.